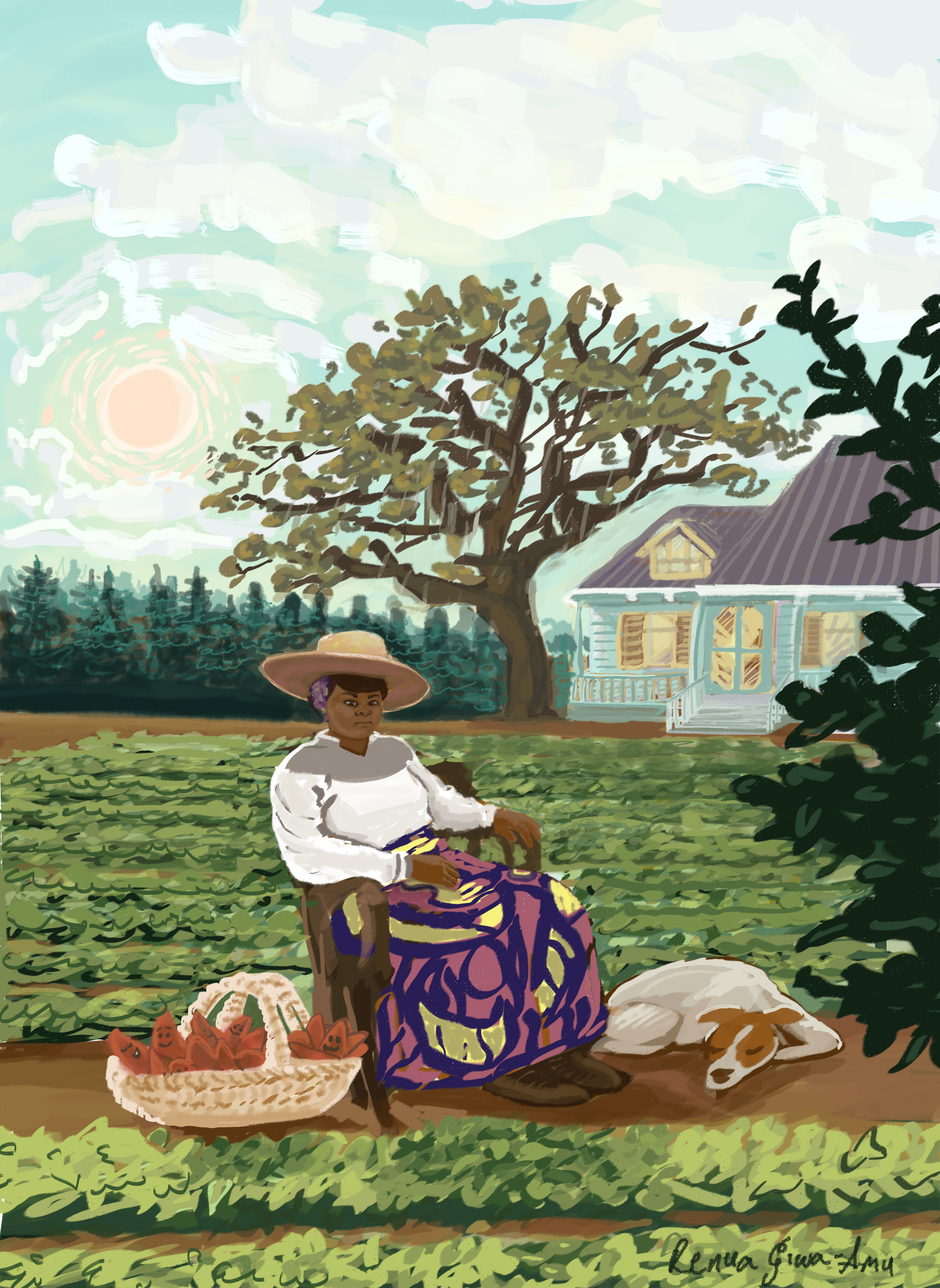 QuestFest 2019 has happened! For those of you who were able to score some points participating in the Quest with Kum Ba Lafayette with storyteller J’miah Nabawi (a.k.a. Quashee Alice), we thank you for coming by. We’ll talk about those few Mardi Gras beads that were given away and how to use them, recast their role and significance, creating your own “celebration beads” to honor someone or a milestone event later in this post. Meanwhile, here’s a replay of the Quest Kum Ba Lafayette description along with the NahNah Binyah’s Gullah-Geechee Fun Facts handouts that were given to the Scout Leaders whose troop members participated.

“When people think of Savannah, sometimes specific groups of people come to mind: Girl Scouts (of course!), Irish-Americans around St. Patrick’s Day, some of America’s founding fathers, and – we hope – the Gullah-Geechee community. If you’re not familiar with the rich culture and heritage of the Gullah-Geechee people, well – we can fix that! ON SATURDAY, join historian and master story-teller J’miah Nabawi in Lafayette Square for a unique and unforgettable opportunity to hear and play with Gullah-Geechee history. Snap a photo of your team playing a traditional game during this Quest and submit it to earn points for your team!” ~ QuestFest 2019

Ring plays (ring games) have always been traditionally inclusive and another way to in-gather with friends and family. Thanks to a lady named Bessie Jones (Mrs. Mary Elizabeth “Bessie” Jones) and the Georgia Sea Island Singers, this Gullah-Geechee ring play from the late 1890s called Little Johnny Brown has been kept alive. Childhood play of rural Georgia kept alive from passing it on from one generation to the next, passed along from the late 1800’s through the turn of the 20th century. And with the willing presentations and participation from some of today’s folk-artists, storytellers and the publications of Bessie Jones’ prolific, animated works in the Step It Down:Games, Plays, Songs and Stories from the Afro-American Heritage (University of Georgia Press), Little Johnny Brown with many other ring plays continue to thrive to this very day.

“The woman [Bessie Jones] was a metaphor for the continuity of Black tradition.” ~ Professor Willie Ruff, Yale University

And now it is up to YOU to continue to keep this once rural and very popular folk ring play alive.

How to play,  Little Johnny Brown

Form a circle. In this instance, of at least 7 people and perhaps not more than 10. With large groups, form two circles. Three even, when the groups are large. Etc.

There will be a LEAD VOICE and everyone else responds as outlined below.

Materials needed: One bandana, large or small. The bandana represents a comforter, a blanket. In the song, comforter is shortened to comfort. When this ring play, Little Johnny Brown, traveled north to Philadelphia, PA,  the children used the word blanket instead of comforter. In some instances, all the boys were “Brother Brown” and the girls, “Sister Brown” and either substituted for saying “Johnny Brown.”

Action: The person in the center of the ring is Johnny Brown and is holding the bandana (the comforter/blanket). In the group is the Lead singer (the caller) and everyone else replies.

Singing, the Lead Voice and Group singers will tell Johnny Brown what to do with the comforter/blanket. Comforter may be shortened to say as comfort.

Group and Lead Voice together:

LEAD VOICE calls and the GROUP in the circle responds, Johnny Brown.

(NOTE: The person who now has the bandana (the comforter/blanket) becomes Johnny Brown and moves to the center of the circle. Repeat the verses, this time a bit faster. You can use new Lead Voice. Etc. As everyone sings, they aren’t standing still but are clapping their hands to the Lead Voice and group responses. Add a tambourine along with the clapping and with those singing voices, and you’ll be rockin’ Little Johnny Brown!)

*Lope like a buzzard. The word lope means to walk with a bouncy stride (move your neck and head) as a buzzard would. (As a rooster or hen walks with that head motion)

The song, Michael Row de Boat Ashore (Halelujah) is an original folk song of the Gullah-Geechee people. The verses were originally sung in Gullah and first recorded on St. Hellena Island, SC in the mid 1860’s just after the emancipation of the enslaved people of African descent.

I wonda (wonder) wey (where) me mudduh dey (my mother is there),  Hallelujah.

“Kumba ya” is Gullah, meaning: “Come by here.” The phrase was used long before the song, Kum Ba Ya.

“E kum ba ya wit’ de chillun.” She comes by here with the children.

Where does the Gullah language come from?

(Pronounciation. Say the first syllable, GU as the GUH sound in the word gut and the second syllable as luh sound in love. Now, say: Gullah!)

The Gullah language has its independent origins in the Sea Coast Islands of the Carolinas, Georgia and north Florida. It is a variety of words and expressions from old English and African forms of West and Central Africa languages.

Harvard University in Cambridge, MA incorporated the Gullah language into its African Languages program just a few years ago.

Research (Discovery) question: What does the term Gullah-Geechee mean?

Just what and where is the “Gullah-Geechee Corridor?”

The Gullah Geechee Cultural Heritage Corridor is a federal National Heritage Area and it was established by the U.S. Congress to recognize the unique culture of the Gullah-Geechee people who have traditionally resided in the coastal areas and the  sea islands of North Carolina, South Carolina, Georgia and Florida.

(Thank you for joining us today!)

to learn more in depth about the Gullah-Geechee 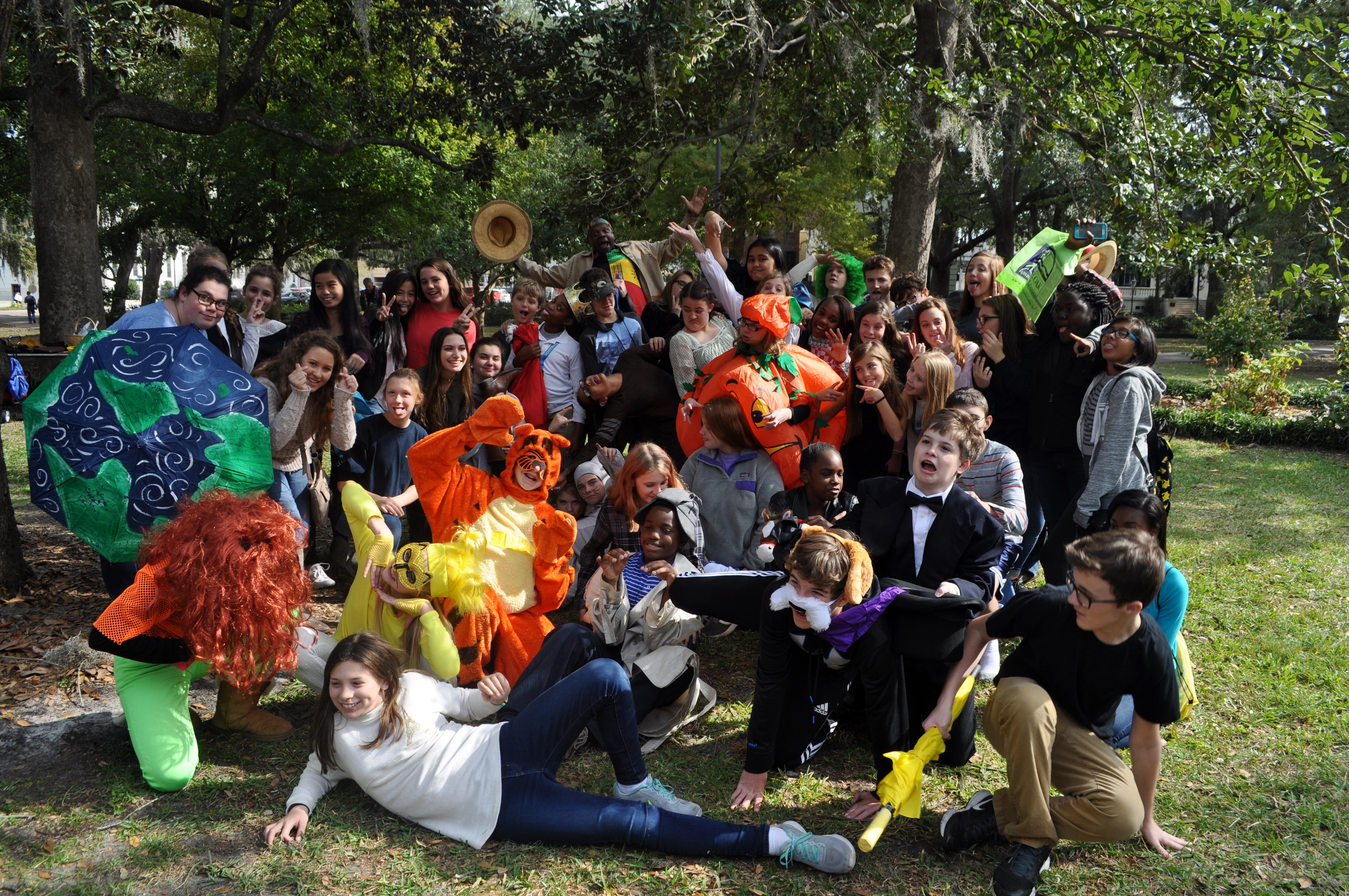